Do you ever just meet someone whose smile and positive energy makes your heart happy? That’s Travion Smith, 31, a ground service agent in Seattle, who always delights his teammates and guests at Horizon Air, Alaska’s regional airline.When asked how he celebrates Black History Month, Smith says “awareness.”

“What I want people to take from this month is awareness. If you’re trying to learn about another culture or what’s happening to another culture throughout the years, don’t let that be something that you just do for a month,” Smith said. “There’s hundreds of years of history to explore. I’m always surprised by what I don’t know—I swear I learn something new every year.”

Smith, originally from Long Beach, California, joined the airline biz a few years ago so he could work outside in the beautiful PNW and easily visit his family in California—his favorite place to fly.

Smith is one of 3,500 employees at Horizon Air who has worked tirelessly to run a safe airline this past year. He is also a team captain, which means he is responsible for leading his team in the operation with other employees while handling complex work environments, both in the air and on the ground.

“I love the employees that we have,” he said. “You have to treat everyone like family. You gotta understand that everyone has something going on. If we can all get along, if we’re all meshing together, the job is always easier.”

Kellie Nielsen, one of Smith’s co-workers, says “Tray is a hard worker and always willing to jump in to help where needed. And all the while doing it with a smile on his face.”

While Horizon has broad representation of diversity in all forms among its frontline workgroups, diversity decreases at the leadership levels. Horizon has committed to increasing diversity of its leadership team, a goal Smith supports. He says, having diversity among workgroups and throughout different ranks creates more relatability and perspectives and helps inform good decisions.

“When you see other races that are higher up, you think ‘oh, that could be me!’ Or ‘I could potentially be in that same situation and be up there with that person,’ so when you don’t see that, it feels out of reach.” 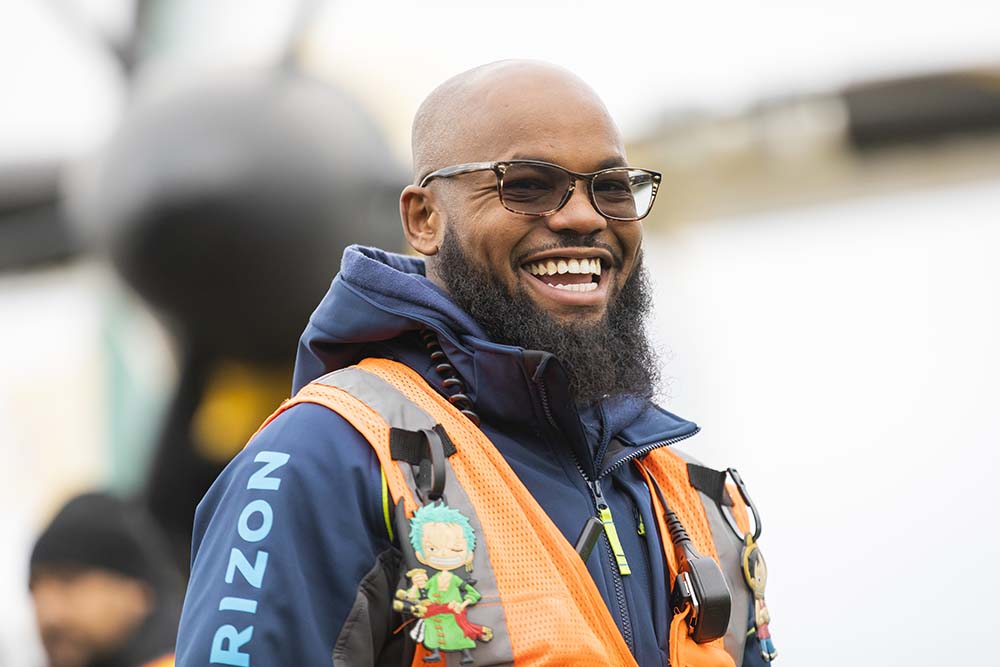 Learn more about Horizon and Alaska’s efforts to keep guests and employees safe.

4 comments on "Seattle employee stays “grounded” through kindness and awareness"