This Father’s Day, a special pair of pilots is scheduled to fly together for Alaska Airlines: Captain Nick Cosmakos and First Officer Niclina Cosmakos plan to work as a father-daughter flight crew on Sunday.

They are scheduled to fly together all month.

Niclina credits her love of flying to her father, and fondly remembers flying with him when she and her brother were kids.

“He had us in small airplanes flying out of Paine Field as far back as I can remember,” she said. “I really enjoyed the sensation of operating an aircraft, it was fun and challenging. I knew at 16 it was what I wanted to do as a profession.”

Niclina began flying commercial flights when she was 21 years old. Nick said he tried to support her in any way he could. When Niclina flew a delivery flight for Emirates Airlines from Paine Field in 2011, Nick was there to see her off.

“We knew I had made it full circle back to the very place I fell in love with flying,” she said.

She was hired by Alaska almost three years ago, but didn’t get to fly with her father as crew until earlier this month, when they flew from Boston to San Diego.

“What makes me most proud was to witness how my daughter treats the people she encounters with sincere care and compassion,” Nick said. “What I will always remember on our first trip is how she would light up when a little kid would come into our flight deck to say hello to the pilots. That is when she is at her best.”

Their first Alaska flight together also made an impression on Niclina.

“It definitely eclipsed all great moments in my flying career,” she said. “I was so happy to assist such a great captain and father. We are an Alaska Airlines family for sure!” 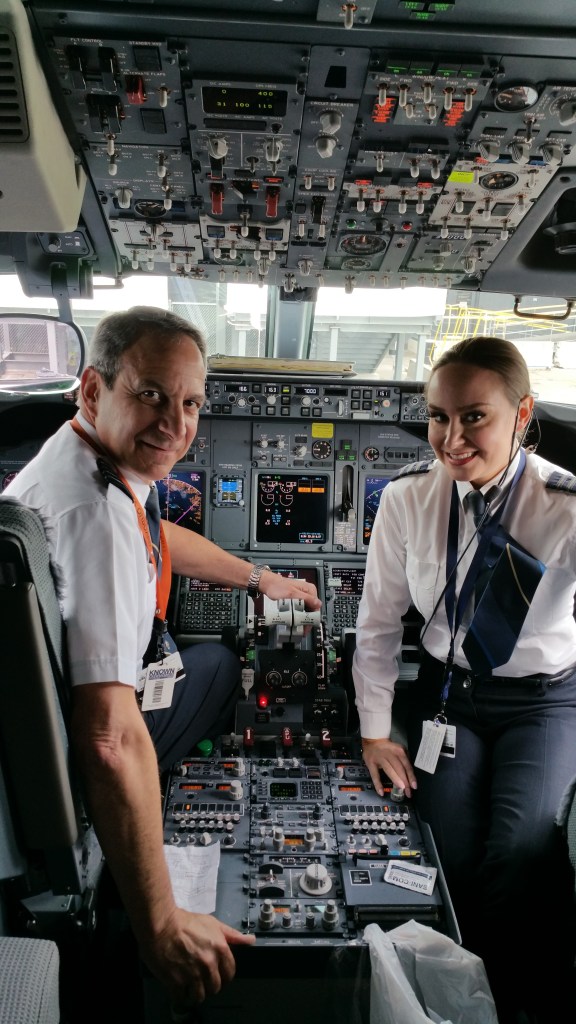