Chances are, if you’ve flown through Seattle, you’ve seen and may even know Kennie Luu. He’s the guy with a smile a mile wide. If you need something, he wants to help you.

Each year, Alaska recognizes the best of the best of our people with the Customer Service Legend Award — the highest honor an employee can receive. Kennie was selected with 14 others for recognition in 2018. Our Legends are the top quarter of 1 percent of all the people who have ever worked for our airline.

Let me tell you more about Kennie. His given first name is Khang, and he was born in Vietnam. His father was a university professor, and his mother raised him and his four brothers. In 1983, the family made the difficult decision to flee their homeland, which had come under communist rule. Assisted by the Salvation Army, the family spent three months in a refugee camp in Thailand before traveling to the United States. Aside from some clothing and a pair of shoes, Kennie left behind all that he had known, in search of a better life. He was 16 years old and recalls that his family didn’t even have a dollar in their pockets.

Kennie’s family flew to San Francisco and then boarded a second flight to Seattle, where an aunt had offered them a temporary place to stay. Sometimes, it’s the little things one remembers: Kennie recalls asking a flight attendant for 7UP on that flight, and he and his brothers enjoyed their first taste of America — with all the refills they wanted! 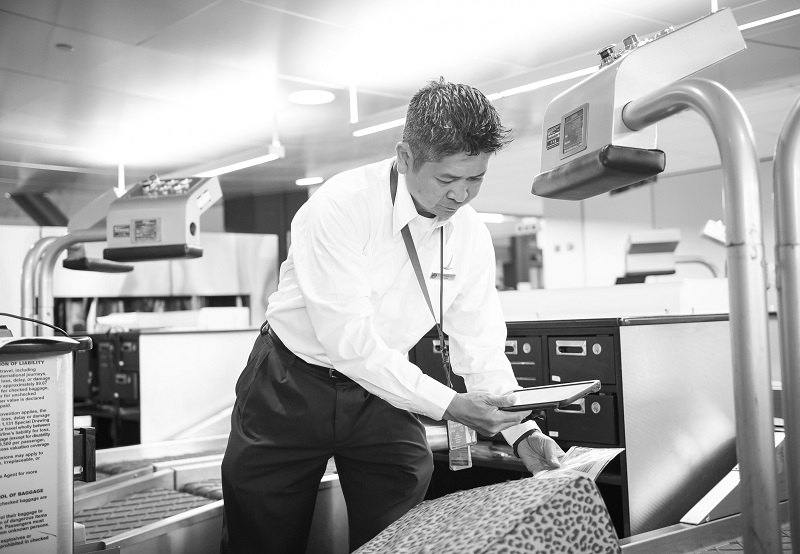 Kennie and his family moved into an apartment in Seattle’s Central District. His father and mother, who each spoke three languages, got jobs and began to educate their boys. Eventually they were able to afford a home in West Seattle. Kennie and his brothers settled into their new lives in America.

After graduating from high school, Kennie learned to operate a printing press at a nearby community college. That led to his first job at Alaska Airlines in our graphics resources department, in 1991. He moved to the Seattle ticket counter in 2004, and has been there ever since.

In all, Kennie has been with Alaska Airlines for 26 years. He has near perfect attendance and works diligently. He allows himself a vacation once a year — often to the Bahamas or Hawai‘i. Kennie’s brother David, and his sister-in-law Mihee, also work for Alaska. 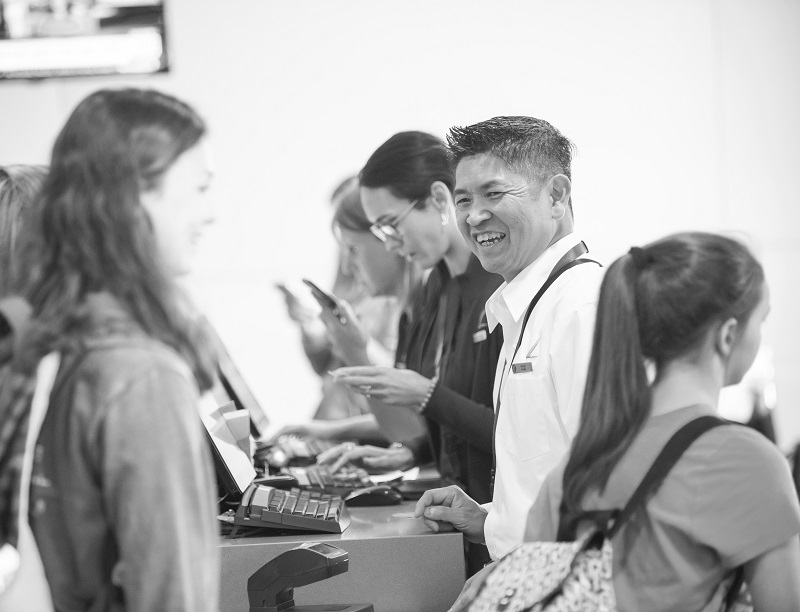 Today, Kennie has two sons of his own, who both attended college. One works in music production, and the other is studying architecture at the University of Washington.

English is very natural for his kids, but not for Kennie. In fact, at one time he doubted that he’d make it at Alaska, because English is not his first language. But where words fail him, his smile and humor more than make up for it. He’s a customer favorite and is often called upon to translate for guests who need an interpreter.

Kennie’s story reminds me that we shouldn’t take anything for granted. I don’t talk about this often, but I have a small airplane that I keep in a small hangar at Boeing Field. In that hangar is a large American flag. Each time I fly, I look at the flag, and I think of the incredible liberties and opportunities that our great country, with all of its faults, provides to each of us.

Kennie Luu, for me, is a fantastic reminder of these things. America is a much better place because we have opened our arms and welcomed people such as Kennie Luu and his family into the fold.

Congratulations, Kennie. I’m glad your family came to America; I’m incredibly grateful that you became a member of our team; and I’m happy that you’re here today, brightening people’s days and encouraging all of us to be our best.

10 comments on "Brad Tilden: Meet Kennie Luu, one of our best"