After 36 years with Alaska Airlines, Captain Mike Swanigan will make his final flight this weekend.

“Captain Swani” plans to retire after one last round-trip Sunday: Flight 648 Seattle-Tucson and then Flight 641 Tucson-Seattle, scheduled to arrive about 4:30 p.m.

Swanigan became one of Alaska’s most recognized employees after he starred in a series of TV commercials alongside Seattle quarterback and Chief Football Officer Russell Wilson – more on that in a minute.

Swanigan says he tries to live each day with gratitude – it’s his philosophy, his humor and his dynamic approach to life that has made him a legend at Alaska Airlines.

“My parents taught me: If you aren’t making someone else’s day, you don’t deserve to be on planet Earth,” Swanigan said.

“The most beautiful thing I’ve ever seen” 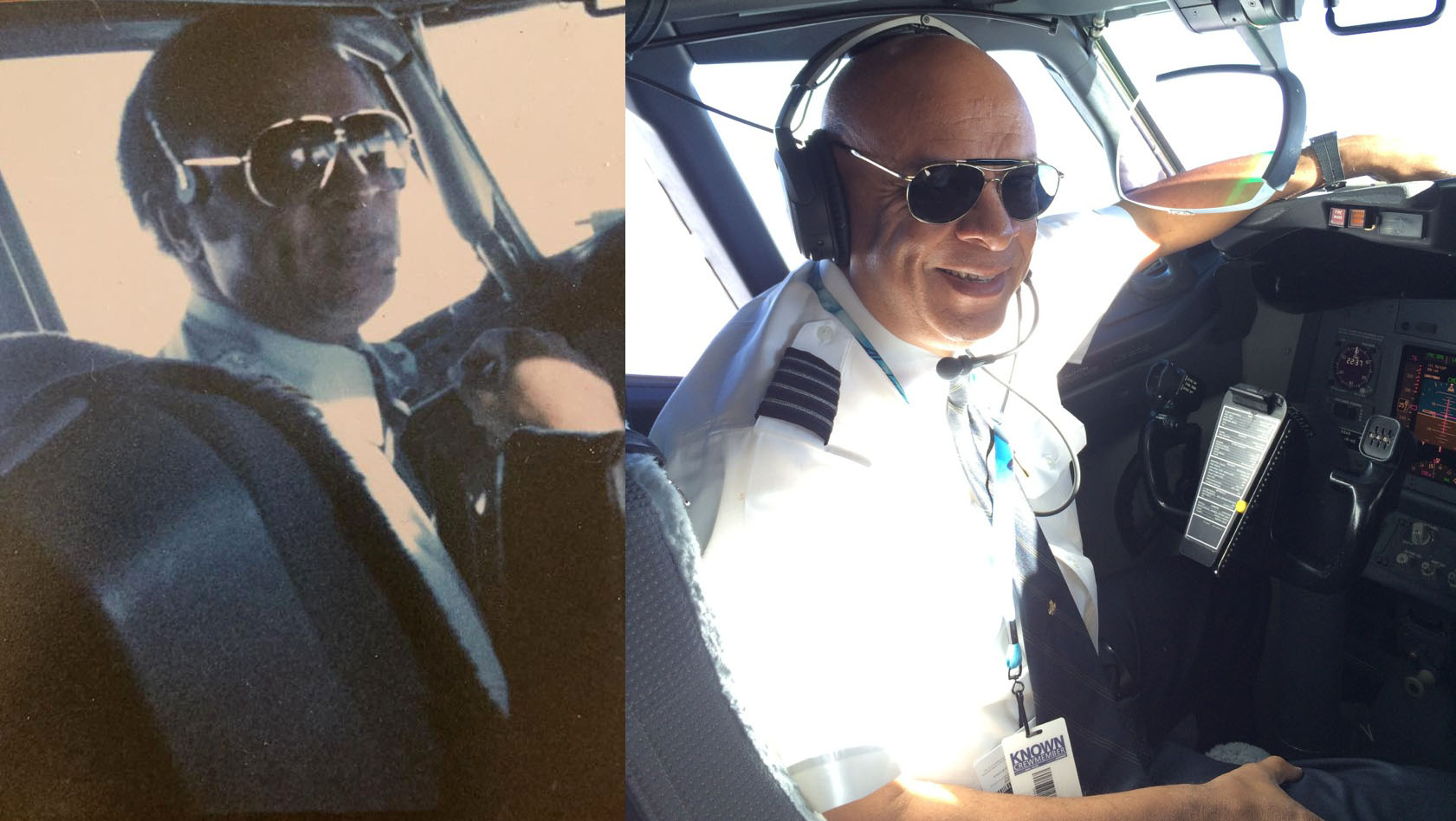 Swanigan, 65, raised an Air Force brat, knew he wanted to be a pilot since the first grade when a fellow student brought in a model of an American Airlines Boeing 707.

“I knew that’s what I wanted to do,” he said. “It was the most beautiful thing I’ve ever seen.”

“I was nervous coming into that environment in the airline business, but I was really welcomed by senior pilots at Alaska; they took me under their wing and mentored me,” he said.

He served many roles over the years: Instructor/check pilot, chief pilot from 1993-1995 and vice president of flight operations from 1995-2000. He even officiated an onboard wedding ceremony for an employee couple during a delivery flight in 2005.

Among the countless flights Swanigan has piloted over the years, the inaugural flights to Russia in 1991 stand out.

“It was exhilarating and scary building the bridge between Russian and American people,” he says.

Swanigan will never forget his first training flight as a commercial airline pilot with Alaska. He watched Mt. St. Helens erupt right in front of him.

“It wasn’t scary because I felt safe but I was absolutely in awe,” he said.

Retired Alaska Airlines pilot David Smith and Swanigan’s best friend for 33 years, said that attitude has acted as a magnet, attracting positivity and success everywhere he goes. Smith said that Swanigan has never sought out success and recognition – it has always found him.

“Mike’s humor is never at anyone’s expense; it’s powerful stuff,” Smith said. “He makes sure everyone has a good time; he never strips anyone of their dignity.”

Swanigan’s commercial collaboration with Wilson was the result of a prank that Wilson pulled at a 2013 event designed to inspire students at schools plagued with high dropout rates.

Swanigan was acting as master of ceremonies and Wilson was the guest of honor. The two had met for the first time earlier that day over lunch. Swanigan, dressed in his full pilot attire, decided to remove his hat and jacket to be more casual on stage. The hat and coat were whisked away to the green room where Wilson was waiting to go out on stage.

Swanigan was shocked when Wilson appeared before the crowd wearing the pilot’s hat and coat.

“I was surprised it fit him as a football player; he looked better than I did in it,” Swanigan said.

The two played off of each other and had a great time on stage. The chemistry wasn’t lost on anyone else either.

It wasn’t long before Swanigan was invited to star in an Alaska Airlines commercial with Wilson. In between takes during a 12-hour day of filming, Wilson and Swanigan were joking around. The cameras happened to be rolling.

“Captain Swani, can I borrow your hat?’” Wilson said.

“I rolled my eyes,” Swanigan recalls, “and he said, ‘This is your captain speaking.’”

Swanigan said “What?!” as he laughed at Wilson. The two quickly forgot about the exchange in the midst of more filming. Later he was shocked to see that the exchange ended up on the commercial.

Since the ads aired in 2014 and 2015, Swanigan is constantly recognized when he’s in uniform.

“I take a lot of selfies with people,” he said. “I feel like an ambassador for Alaska airlines.”

He is a little more caught off guard when he is recognized when he’s not in uniform. Recent incidents include a shopping trip at Costco, and at a breakfast café in Arizona where Swanigan now lives.

Recently he was preparing for a flight, hanging his hat when a first class passenger grabbed the flight attendant and asked excitedly “Is that the guy in commercials?!”

The flight attendant decided to have some fun with the passenger: “Yes, it is. He is just an actor. He has no idea what he’s doing up there.” 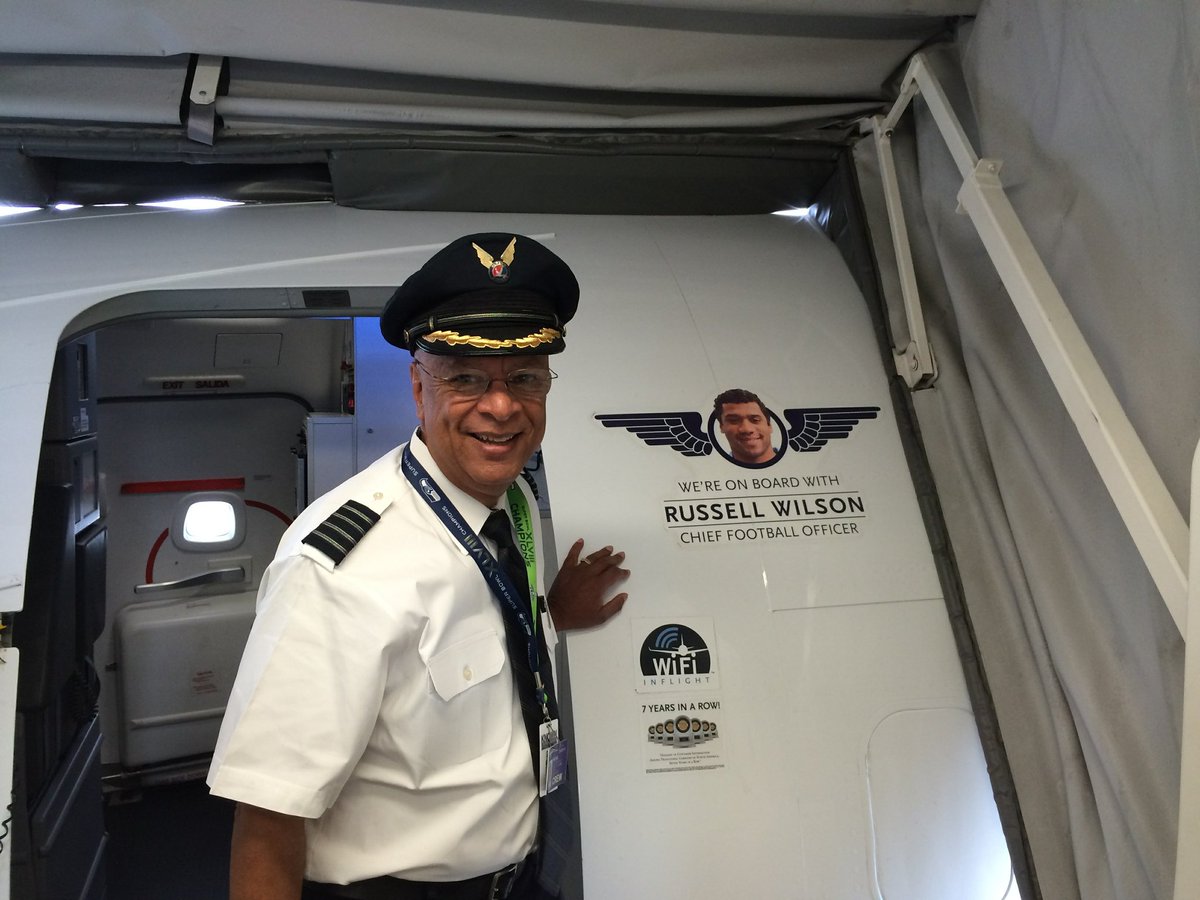 Although his recent fame has made him more recognizable to passengers, it didn’t change his relationships with his co-workers.

Swanigan, who also created a podcast, Talking Flight where he interviews fellow pilots and aviation industry professionals, said leaving Alaska will be bittersweet.

“Alaska has some secret magic about hiring amazing people; I’m in awe of the people I meet every day on the job. I was inspired to start the podcast because when I fly, I talk to so many amazing and fascinating people; I needed a way to share it with the world.”

Swanigan’s future plans are of little surprise to those who know him well – to expand his professional speaking practice to include motivational speeches at a variety of venues, so he can continue to inspire by sharing his experiences with the world.