When I was 6 years old I was obsessed with bugs. I picked up this interest from my friend’s dad. He was an entomologist, and would travel all over the world collecting insects. After one trip in particular he came back with tales of lush forests, neon blue waterfalls, white sand beaches, and a stunning array of biodiversity. And thus, a new obsession started – Costa Rica. I checked out every book in the library, cut out pictures from my parents’ magazines, and put it at the top of my list of places I would visit when I grew up.

But it wasn’t until Quin contacted me about doing the Weekend Wanderer program with him in Costa Rica, that my childhood dream became a reality. We left from Los Angeles and took Alaska Airlines’ new direct flight to Liberia, picked up our car, and hit the road! Flying into Liberia put us near Costa Rica’s vibrant rain forests, numerous National Parks, and beautiful waterfalls.

Our goal was to see as many as possible during our stay! 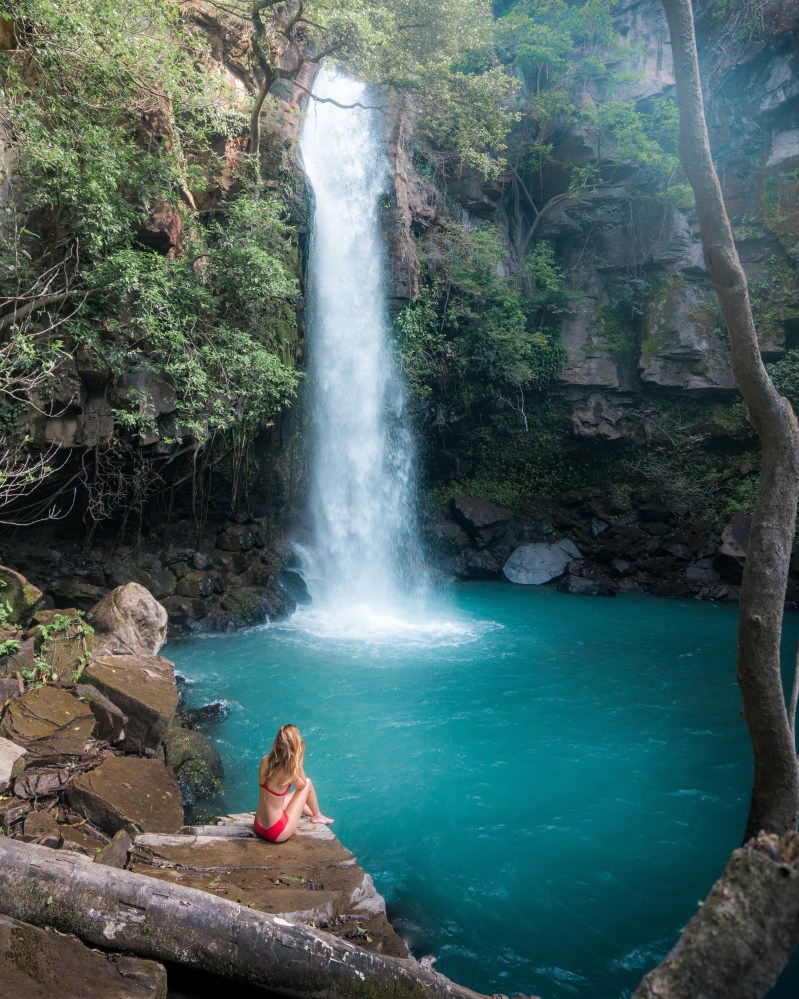 Our first stop was actually a happy accident. We headed to Rincon de la Vieja National Park looking for Caterata Oropendola (Stop Two). After a three-mile hike through verdant forest, and volcanic dirt we arrived at La Cangreja Waterfall. As soon as we saw the waterfall we realized we were in the wrong location, but we definitely weren’t complaining! 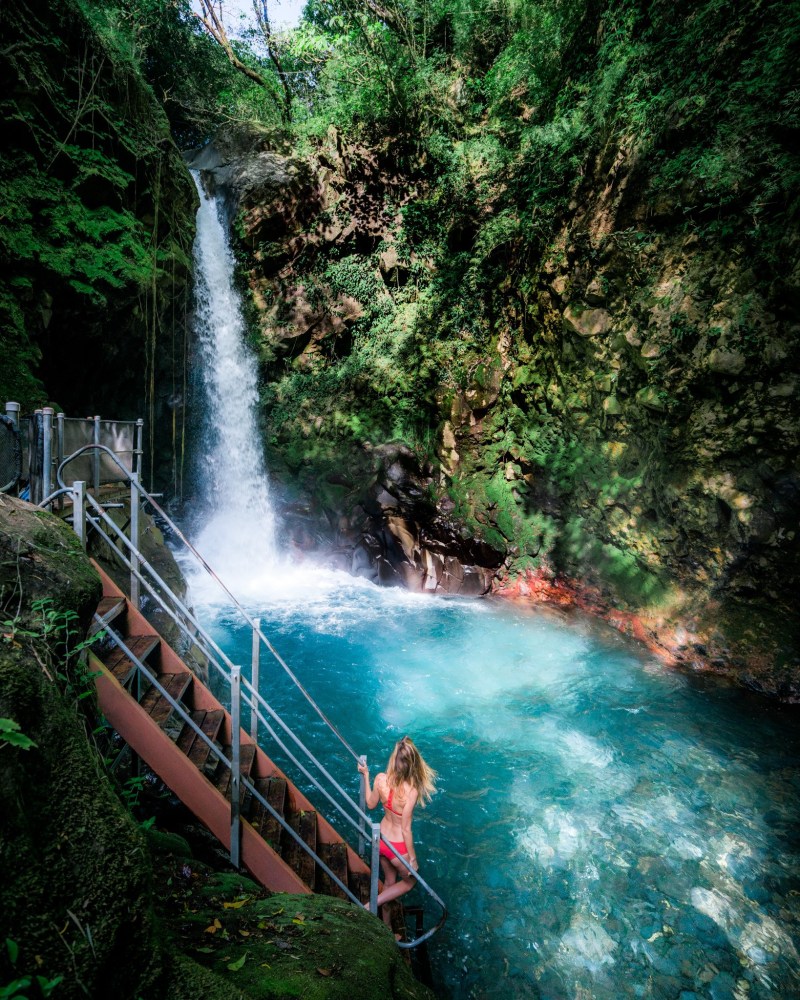 Located just before the entrance to Rincon de la Vieja, the hike to Oropendola, is short, fun, and photogenic. There is an awesome suspension bridge just before the viewing platform, and stairs that actually descend  into the swimming hole and the base of the waterfall. This was one of the only waterfalls we visited that allowed swimming, so don’t forget your swim suit! 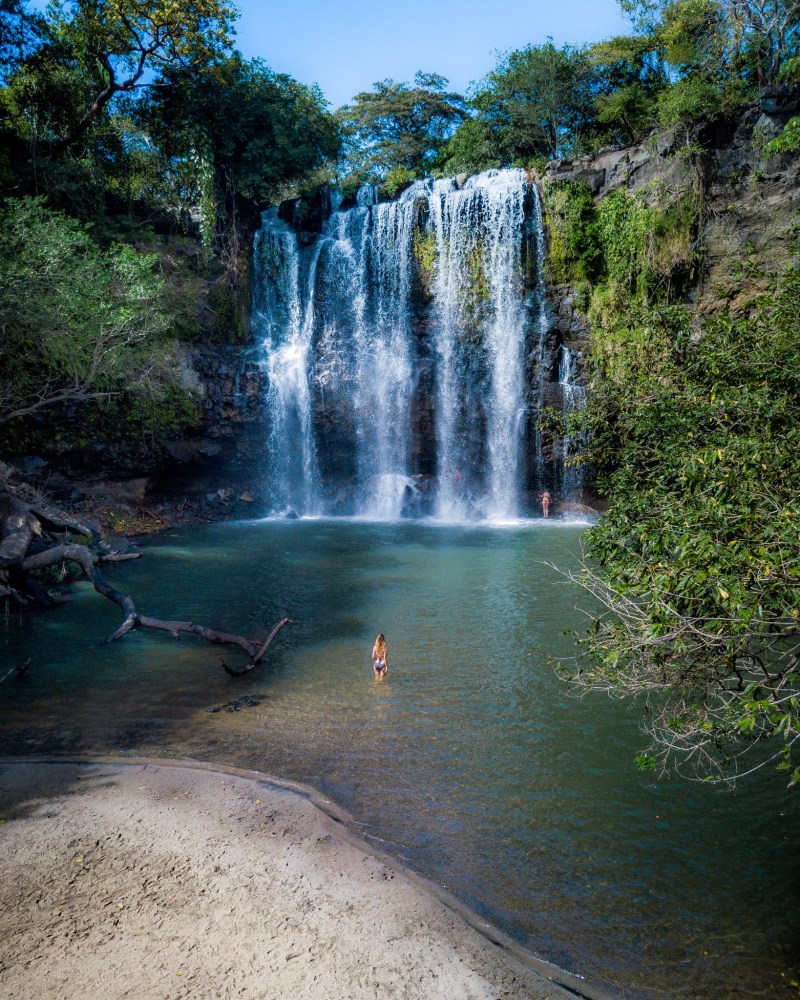 On our second day we woke up and headed to Bagaces Waterfall. After a 1 kilometer hike we arrived, and found that we had the entire place to ourselves! The solitude didn’t last very long, and we were glad that we got there early. There is a small sandy beach area perfect for enjoying the view. Or if you are feeling more adventurous, like we were, you can swim out to the waterfall. 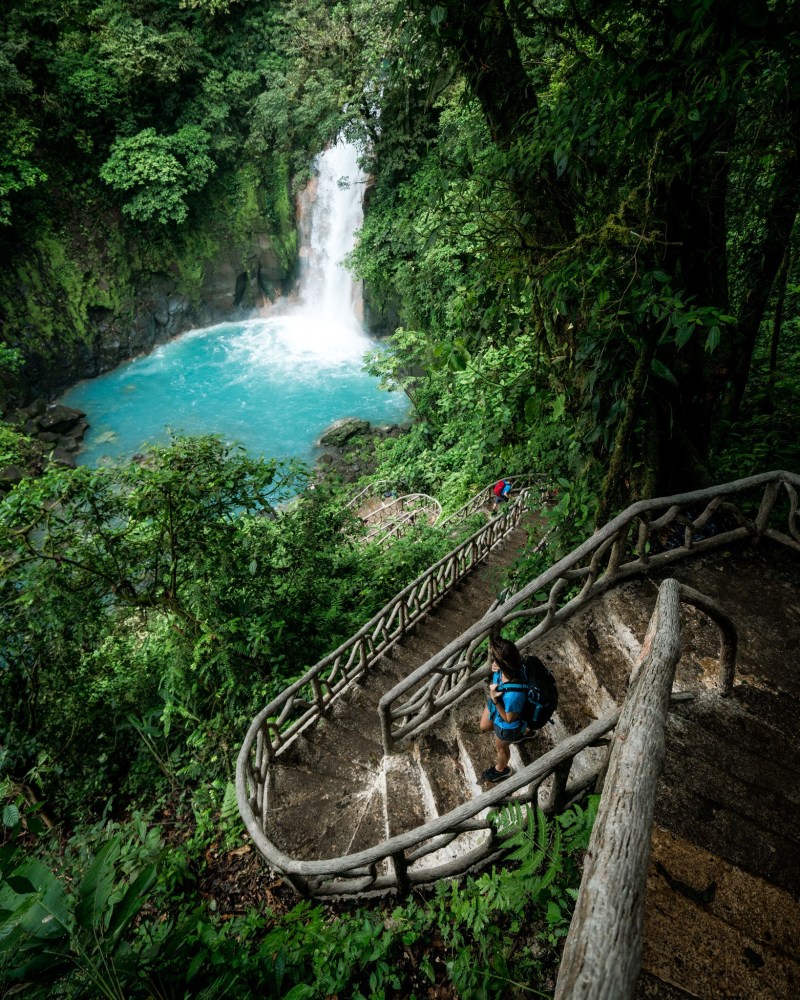 After our morning at Bagaces, we drove out to Rio Celeste. As we made our way down the dirt road to the Tenorio Volcano National Park, the fog rolled in, and we got our first taste of Costa Rican rain. It poured during our hike, and the trail was more like a river of mud, but it was all worth it to see the color of the water! Not to mention the seriously cool flight of stairs that takes you down to the viewing platform. 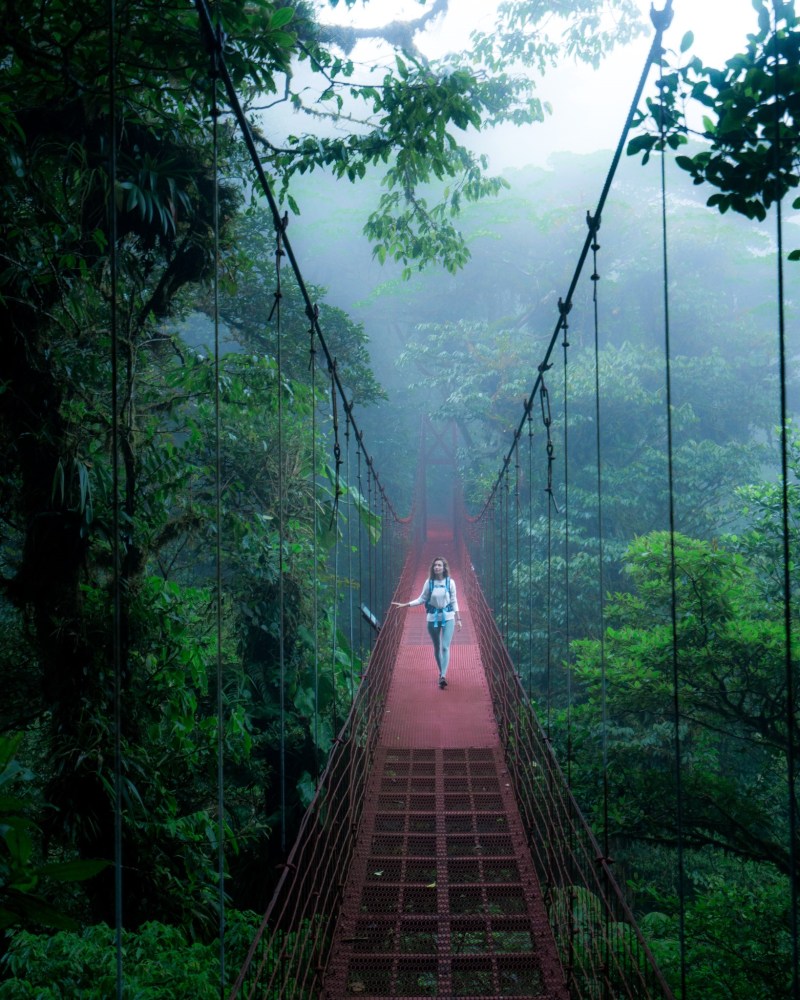 Last but not least we booked it out to Monteverde Cloud Forest Biological Reserve. This reserve  is considered on of the most renowned cloud forests in the world for its wide variety of biodiversity, important conservation contributions, and scientific research. Plus, is has an awesome red suspension bridge you can hike to! There are a number of trails that will take you to the bridge, all of them lovely. We took one trail out, and a different trail on our return.

We headed back to the Liberia airport after our morning in Monteverde, and prepared for the direct flight home to Los Angeles. Pura Vida is the national saying, which means “pure life.”  It’s a sunny feel-good expression, and by the end of our experience in Costa Rica we were definitely feeling it. Until next time – Pura Vida.

Wrapping up a year of epic wanderings, Jess Dale and Quin Schrock have hiked, camped, and flown their way through 2017. Travel is second nature for these two adventurers, and their epic feed is a testament to that. They just returned from an Instagram takeover in Costa Rica as part of Alaska’s Weekend Wanderer series. For more Weekend Wanderer posts, be sure to follow Alaska Airlines on Instagram.