Ten years ago today, a Boeing 737 landed in Honolulu and flight attendant Joanie Spring opened the cabin door to a new era for Alaska Airlines.

Alaska’s inaugural hop across the Pacific to the Hawaiian Islands was a dream come true for longtime employees – and for guests who could use their Mileage Plan miles to fly to an exciting new tropical destination.

At the time, it was one of the biggest moments in Alaska’s history.

“That inaugural flight was one of the highlights of my life – the memory still brings tears to my eyes,” Spring said this week, coincidentally, just home from a work trip to Honolulu. “I never thought Alaska would fly to Hawaii, so it was just incredible when we did. I’m still in disbelief 10 years later.”

When Spring started working for Alaska 50 years ago, the airline’s southernmost destination was Seattle. On her first day of training in 1967, then-CEO Charlie Willis told the class that Alaska would start flying to Hawaii “soon.”

“After waiting 40 years, I just had to be on that first flight,” Spring said.
Related: 7 tips for people who have never flown to Hawaii 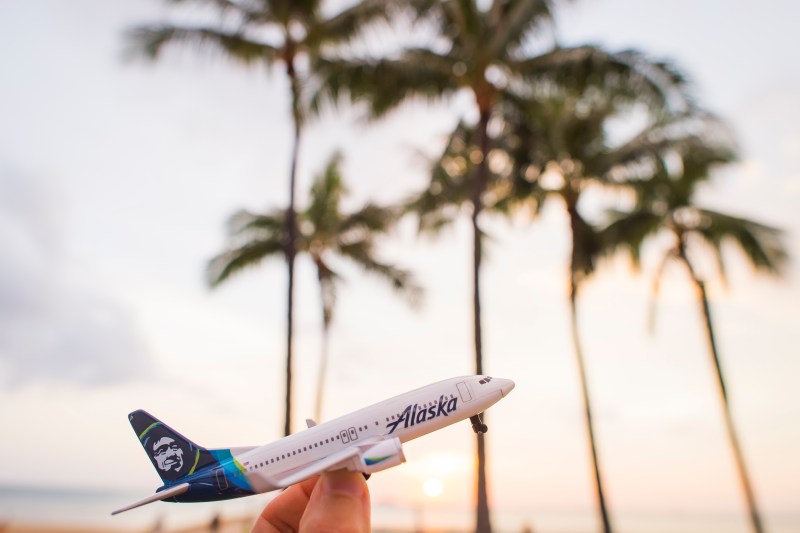 In the past 10 years, Alaska has grown to as many as 26 daily flights to Hawaii – 30 including Virgin America. Hawaii now accounts for about 15 percent of our route network.

“Hawaii flying has meant quite a lot overall to both the company and its passengers,” said Captain Kevin Earp, who flew inaugural flights to Honolulu from both Seattle and Anchorage. “It has opened a world of opportunities for new markets and routes that we were unable to fly previously without ETOPS capabilities. Our experience has also enabled us to fly to Costa Rica.”

Alaska launched our first flight between Seattle and Honolulu on Oct. 12, 2007. Service between Seattle and Lihue, Kauai, started Oct. 28, followed by Anchorage-Honolulu service Dec. 9. In 2008, Alaska began serving Kona on the Island of Hawaii and Kahului on Maui.

Flights to Hawaii: ‘Everyone is happy’ 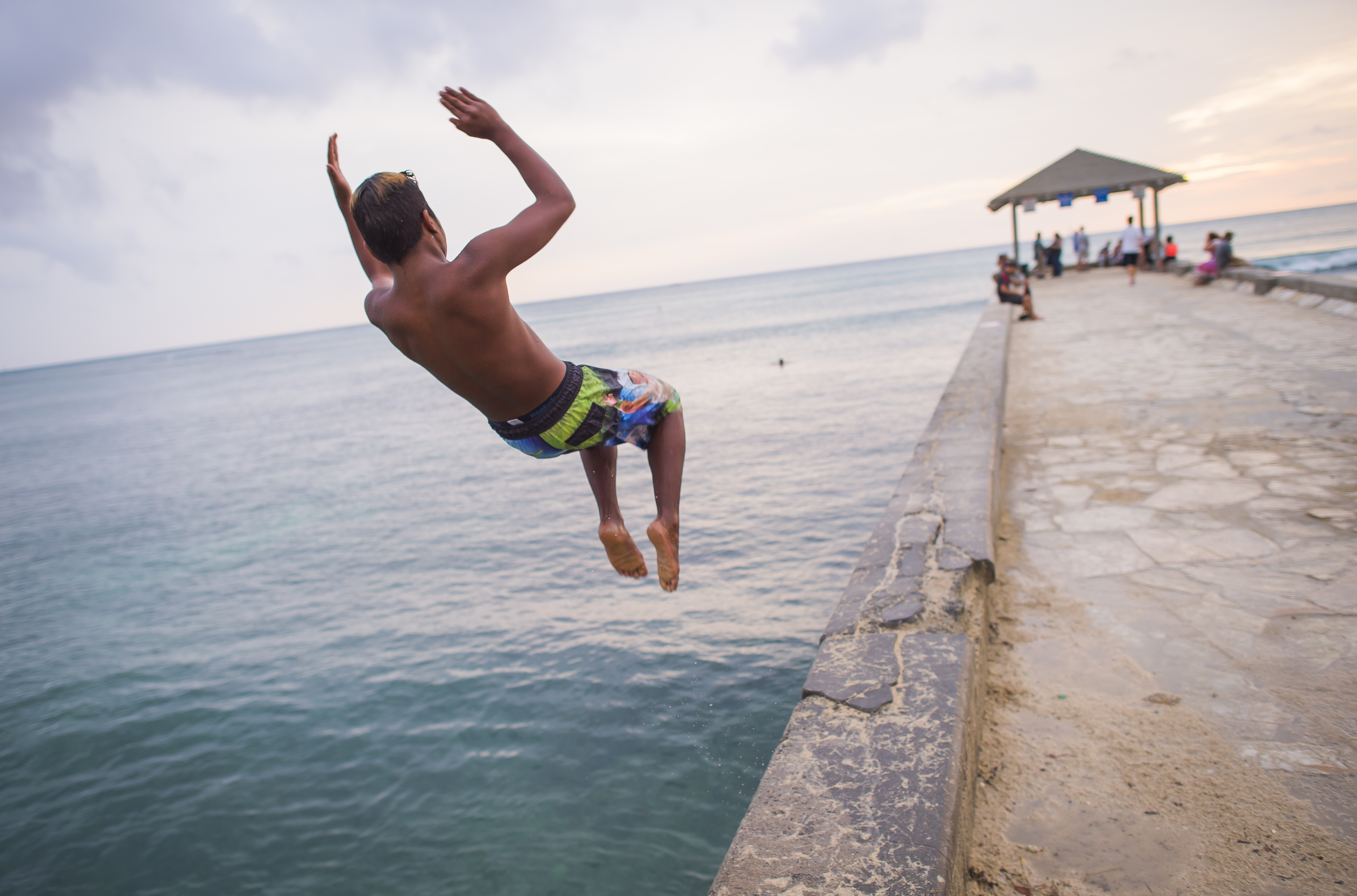 From the West Coast, Hawaii is easy to get to, thanks to Alaska’s nonstop flights from 10 cities to the four largest islands – Kauai, Oahu, Maui and the Island of Hawaii.

“It’s a lot of families, and they’re all kind of excited,” Spring said. “There’s a few business people, and locals who live there. When they come on the flight, everyone is happy to begin with.” 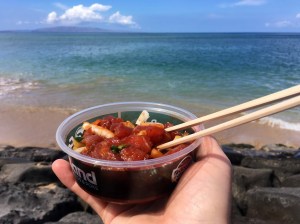 Flights to Hawaii have the highest rates of onboard entertainment device rentals.

And don’t forget Alaska’s tradition of hospitality – a complimentary Mai Tai or Passion Orange Guava juice along the way.

“It’s one way we show aloha to our guests,” said David Rodriguez, onboard food and beverage product manager.

Last year we served 155,442 liters of Mai Tais. (We also offer Kona Brewing’s Longboard Lager for sale, and many Hawaiian-themed meals over the years.)

When no other airline was catering out of Lihue and Kona, Alaska found small mom & pop caterers for those stations.

“They have been a big success,” Rodriguez said.

Building the foundation for flights 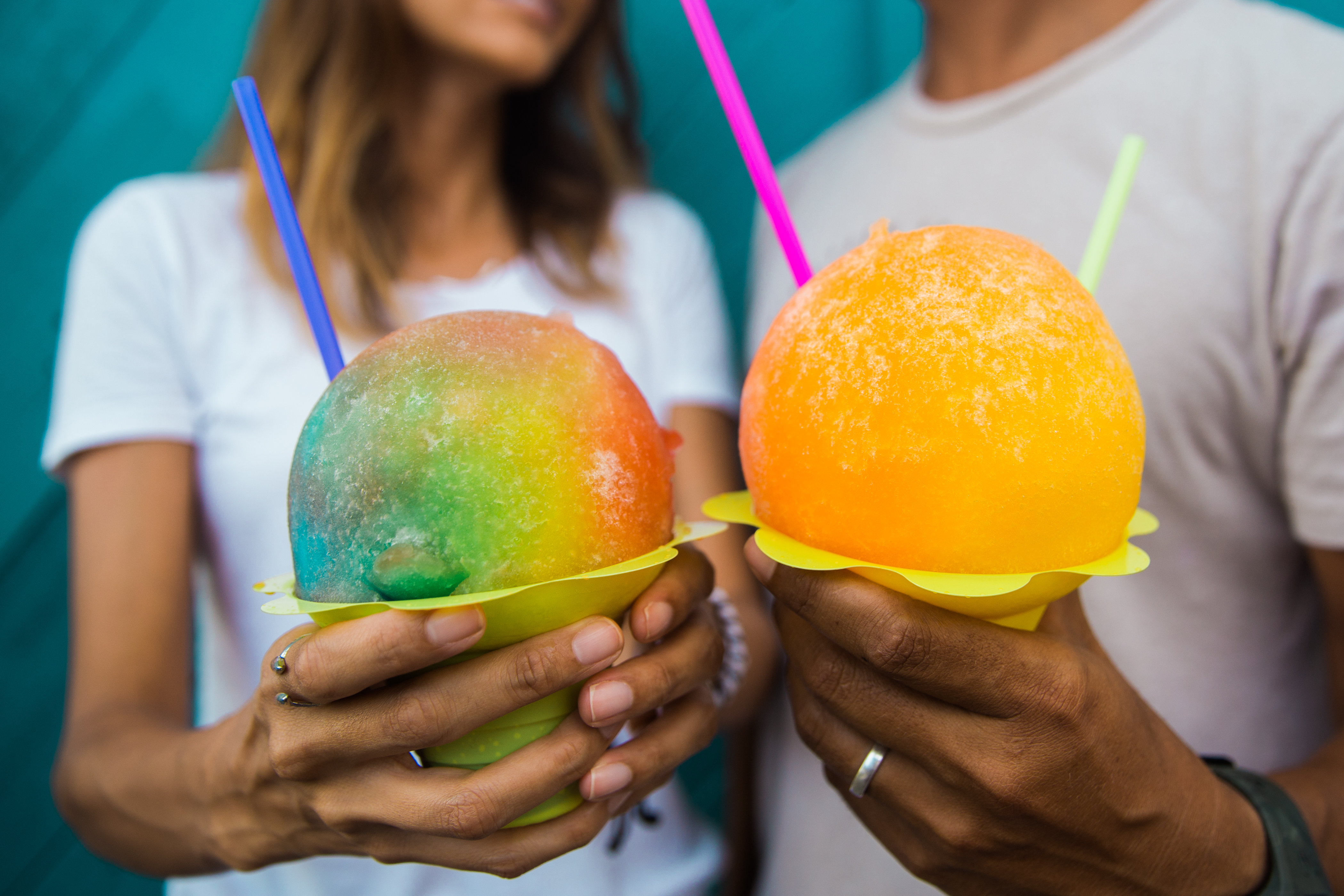 Launching service to Hawaii involved more than just taking off and pointing the nose of the aircraft west. The first step was acquiring 737-800s capable of making the flight to the Islands. 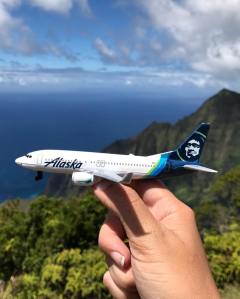 A nearly two-year process to gain approval from the FAA for extended flights over water started in 2005.

Other employees representing virtually every division in the company worked to acquire airport space, set up communications networks, and hire vendors for ground handling, aircraft maintenance, food service and more.

Their efforts opened the door to Hawaii, an exciting new destination and a great growth opportunity for Alaska.

Alaska in the community

Tropical islands might seem like a curious choice for an airline that grew up in frozen tundra. Although Alaska has been flying to Hawaii for only 10 years of our 85-year history, there seems to be a natural connection between the 49th and 50th states.

“We understand that in Hawaii, as in our namesake state, people have a special reliance on transportation and tourism,” said Daniel Chun, director of sales, community and public relations in Hawaii. “We believe it’s our responsibility to be a good neighbor and support the community. Our commitment to caring for our communities, our guests and each other is a fundamental part of who we are and what we do. In tight-knit places such as Alaska and Hawaii, this is especially important.”

Born and raised in the Islands, Chun leads Alaska’s community involvement and outreach efforts throughout the state of Hawaii.

Over the past decade, Alaska has donated nearly $2.7 million in cash and in-kind services to more than 180 Hawaii organizations.

Celebrating the ‘Spirit of the Islands’

To celebrate our commitment to the people of Hawaii, Alaska proudly flies a specially painted “Spirit of the Islands” 737.

The colorful paint scheme was created by then-17-year-old Aaron Nee as part of a “Paint the Plane” contest in 2013, sponsored by Alaska Airlines in partnership with the Hawaii State Department of Education and Hawaii Association of Independent Schools.

Nee’s winning design displays a voyaging canoe depicting the cultural diversity of the Islands, a bright yellow hibiscus (the state flower), the Hawaiian Island chain and the phrase “Spirit of the Islands.”

A crew of 18 people worked around the clock for 24 days at Aviation Technical Services of Everett, Washington, to paint the plane, which required 26 colors and about 140 gallons of paint, including 20 gallons of primer. In addition, 28,800 yards of masking tape were used.

“The contest helped us to build meaningful and authentic connections with our youth and the result – our ‘Spirit of the Islands’ aircraft – is a source of pride for all of us who call Hawaii home,” Chun said.

Nonstop Aloha: As for the 10th anniversary, Alaska is celebrating with a Nonstop Aloha sweepstakes, where guests from the continental U.S. can enter to win a trip to the Islands. To enter, click here.

Quest for the Golden Pineapple (for Hawaii residents): Learn more.

This story includes information from the Alaska Airlines archives.