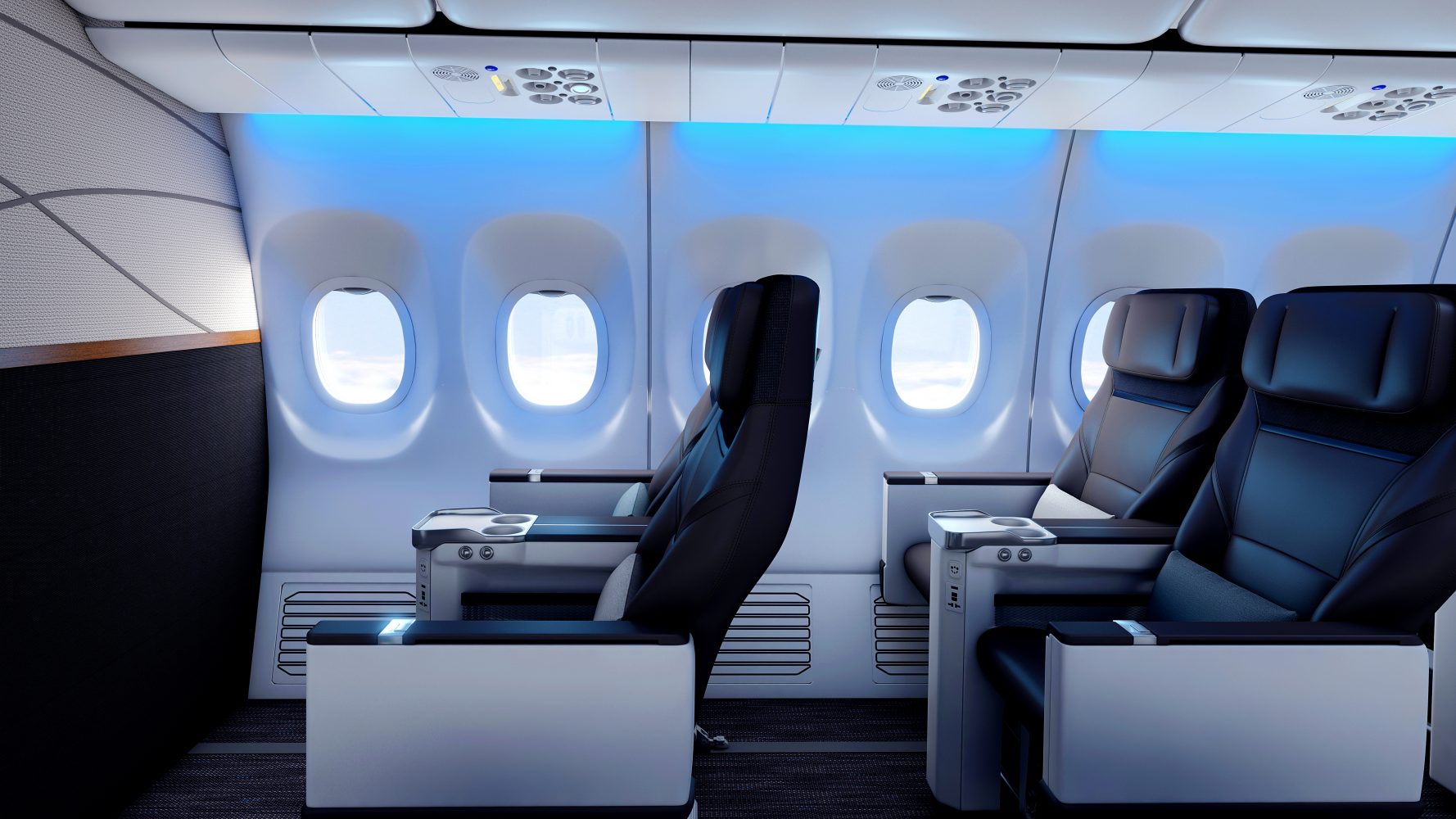 Yesterday, Alaska announced that the Virgin America name and logo would phase out likely sometime in 2019, but that many of the noticeable elements of the beloved upstart will live on. The vision for the new airline matches Alaska’s low fares, expansive route network and award-winning customer service with Virgin America’s wow factor and raises it – to create a truly unconventional airline.

“Virgin America has built something truly amazing over the past decade, and it was important to us to honor that and learn from it,” says Sangita Woerner, Alaska’s vice president of marketing. “After months of research and in-depth conversations with West Coast and U.S. fliers, we learned that elements of the experience and the fun, modern vibe resonated most. So today, we’re paying homage to what they’ve built by infusing Alaska Airlines with key brand elements from Virgin America.”

The goal? To create a warm and welcoming West Coast vibe.

Over the past 10 months of independent brand research and conversations with Virgin America enthusiasts and Alaska Airlines loyalists, a number of recurring themes began to emerge.

“We’re ready to take what we’ve learned and make it reality – with a twist,” says Woerner. “When you first step onto a flight with the Alaska Airlines of 2018 and beyond, you should feel like you’re flying the Alaska you know and love, infused with deliberate shout-outs to the Virgin America you loved to fly. In this case, one plus one equals three.”

Alaska and Virgin America have been actively growing their newly combined networks since officially merging in December 2016. Earlier this month, they announced 21 new markets with 25 new daily departures out of San Francisco, San Diego, Los Angeles and San Jose, California – marking the largest addition of routes in company history.

Guests will start to see some of the new Alaska brand personality come to life throughout 2017, to create a warm and welcoming West Coast vibe throughout the guest journey. Music from fresh new artists will be featured on planes, in airport lobbies and at gates. In 2018, Alaska will debut an entirely redesigned cabin with new seats and amenities, and has already started to retrofit select Boeing aircraft with expressive blue mood lighting. Modern, stylish uniforms by fashion designer Luly Yang will roll out in mid-2019 for flight attendants, customer service agents, pilots, mechanics and ground crew.

Many of the fliers surveyed shared that they’re frustrated with unreliable in-flight Wi-Fi. Alaska’s leaders heard them loud and clear, and beginning in 2018 will be retrofitting all passenger Boeing jets with high-speed satellite Wi-Fi (fast enough to watch movies or TV shows via your favorite streaming service!), with the remainder of the Airbus fleet to follow. Both fleets are planned to be fully satellite-equipped by the end of 2019.

In 2018, Alaska Mileage Plan will become the sole loyalty program for both airlines, offering guests more rewards, an expansive global partner network and the only major airline loyalty program that still rewards a mile flown with a mile earned on Alaska and Virgin America flights. Members of Alaska Mileage Plan enjoy some of the most generous benefits in the industry including complimentary upgrades, award travel starting at 5,000 miles one-way (plus taxes and fees) and a faster path to elite status compared to other airlines. With Alaska and Alaska Global Partners, members can earn and redeem miles to more than 900 destinations worldwide.

In January, Alaska made its entire catalogue of more than 200 direct-to-your-device in-flight movies and TV shows free.  Starting now, free entertainment on guests’ own devices will be a permanent feature on its Boeing fleet and the same free library of movies and TV shows will expand to Airbus aircraft via Red entertainment system in August 2017. Guests on Airbus aircraft will continue to enjoy access to early release movies for purchase.

Also in January, Alaska became the first and only airline to offer Free Chat onboard, allowing guests to stay connected to friends and family on the ground via Facebook Messenger, WhatsApp and iMessage. In August 2017, we’ll introduce Free Chat to Airbus-operated flights.

Alaska and Virgin America continue to enhance their fresh, healthy, West Coast-inspired onboard food and beverage menus. Guests of both airlines enjoy craft brews, premium wines and delicious food options. By June 2017, Alaska First Class passengers will be able to pre-select meals before they fly, and by early 2018, Alaska’s Main Cabin passengers will be able to pre-pay for their meals before they fly. Food pre-ordering will be extended to Airbus flights sometime in the future.

By early 2019, guests will enjoy refreshed and expanded airport lounges in Seattle, Portland and Los Angeles. Alaska also plans to build brand-new lounges in San Francisco and at New York’s John F. Kennedy International Airport. Together, the expansion plans will double the square footage of our existing airport lounges. And don’t forget – Alaska Lounge members also enjoy access to more than 60 partner lounges throughout the United States and around the world.

What other elements or amenities would you love to see onboard in the future?