Last month, in partnership with the Alaska Airlines Foundation, Alaska Airlines donated more than one million meals to help local food banks across the country. To help double our impact, we launched the “Million Meals Challenge” to invite our guests and employees to join us in supporting the most vulnerable communities affected by COVID-19.

When our Food & Beverage team approved another round of donations earlier this month, more than 250 Alaska employees banded together to deliver a total of nearly 90,000 pounds of food throughout 35 communities in 20 states, providing an additional 100,000 meals to help feed those in need. 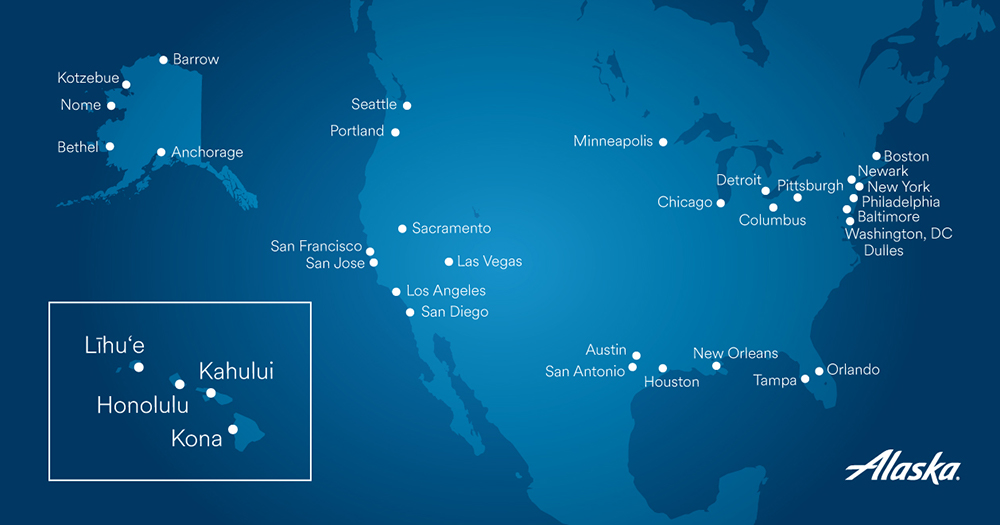 In Alaska, even flooding won’t stop our employees from doing the right thing

The state of Alaska is known for its mesmerizing glaciers, rich culture and breath-taking landscapes, but also communities that never give up. That’s why employees throughout the state didn’t hesitate to participate in the #millionmealschallenge — even during inclement weather.

Together, employees delivered a total of 7,328 pounds of food across four small Alaskan communities, which included donated onboard items such as picnic packs, crackers, nuts, shelf-stable creamer and granola bars.

The donated items were delivered to a local food bank in Barrow, a soup kitchen and women’s shelter in Kotzebue, and homeless shelters in Nome and Bethel, who are preparing to serve Alaskan villages displaced by possible evacuations due to spring flooding.

“Rondi, Tracy and I delivered snack packs to the local homeless shelter just in time as the Kuskokwim River was reaching the banks,” said Michael, Bethel station manager. “Fortunately, the ice broke with minimal flooding on just a few roads in town.”

Last month, employees donated close to 40,000 repurposed onboard kids snack packs to the San Francisco Mayor’s office for the purposes of feeding youth in-need during the COVID-19 global pandemic. The snack packs were delivered to Ella Hill Hutch Community Center, where the food was distributed to community partners including the Latino Task Force, Code Tenderloin and Hope SF.

“The COVID-19 pandemic has hit underrepresented communities, particularly Hispanic and Black, the hardest, and I am so thankful to be a part of a company that is constantly looking for ways to give back,” said Oriana Branon, who co-leads the Latin Culture Resource group at Alaska Airlines and is the director of Community and Public Relations in the Bay Area. 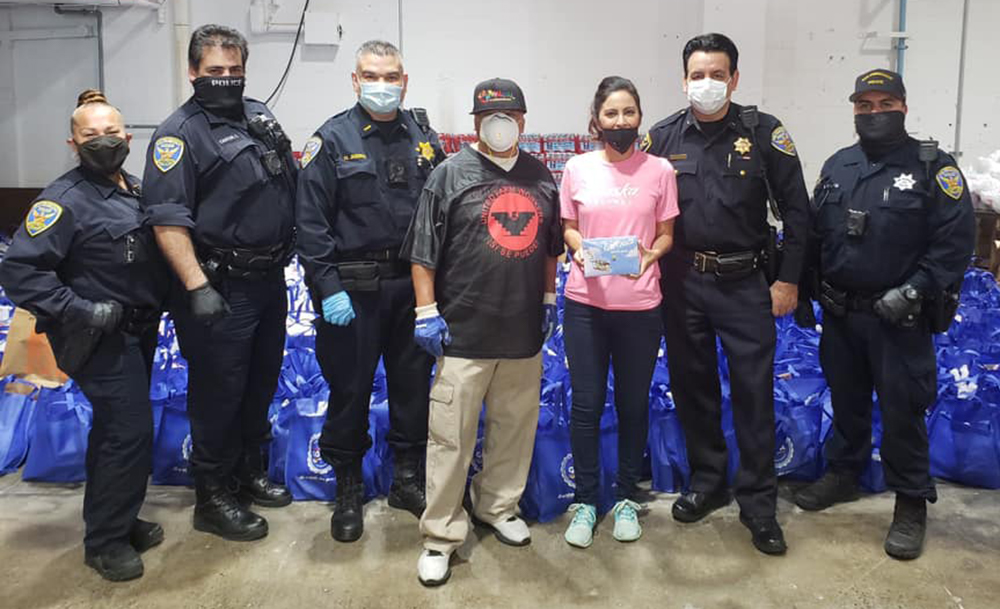 The group of employees delivered the donations to the New York Fire Department Engine 247 in Brooklyn who supports the community of Borough Park, one of the hardest hit neighborhoods with over 6,000 residents infected with COVID-19.

Alaska spreads the ‘aloha spirit’ during an overwhelming time

With one of the highest unemployment rates in the nation, many families in Hawaii have been hit hard by the economic impact of COVID-19. Following the reduction of our flight schedule to the Hawaiian Islands, we donated over 26,000 pounds of food to help support several organizations across four islands.

On Kauai, we joined Mayor Derek Kawakami and the Hawaii Food Bank, Kauai Branch and the Kauai Independent Food Bank in the County of Kauai’s first food distribution, which has been providing 500 food boxes to Kauai families every Saturday this month.

“The need has been overwhelming, but we are humbled by the outpouring of support,” said Mayor Kawakami. “Mahalo to Alaska Airlines for their generous donation of 14 pallets of food for the cause.”

Similarly, on Maui, our donations have supported Mayor Michael Victorino’s weekly food distribution, which has handed out over 5,000 bags of food and produce to residents across Maui County.

Alaska employees in Las Vegas are used to organizing monthly volunteer events, but as the current pandemic has affected the ability to volunteer at local food banks, they had to get creative. That’s when Las Vegas’ ‘swag team’ came up with a brilliant idea to give back while supporting a small business. 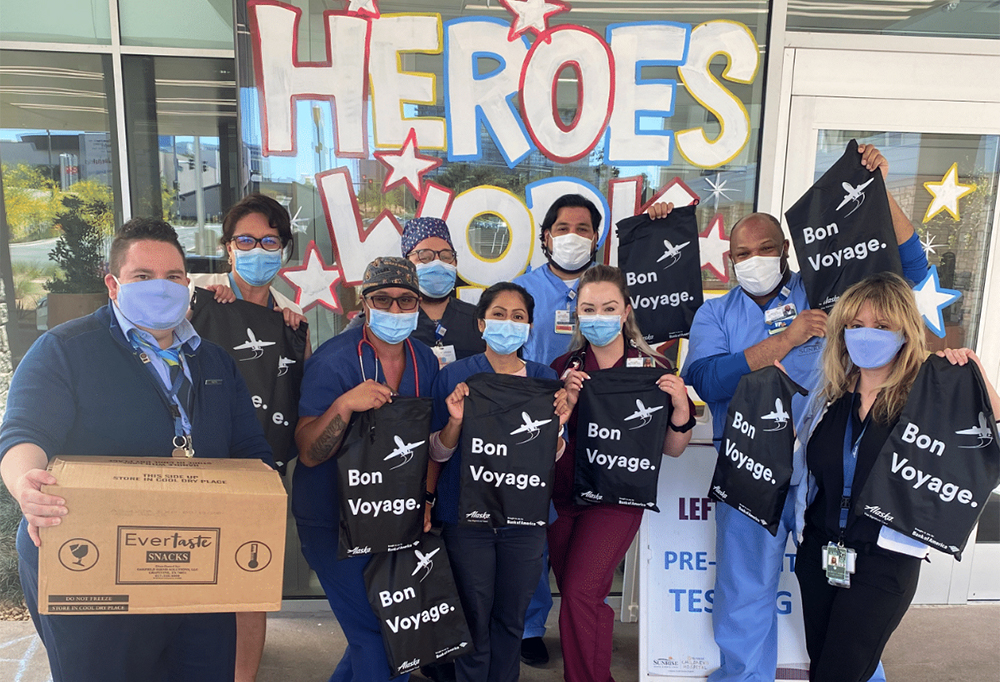 Employees reached out to a local French bistro called Rosallie Le French Café, who was more than willing to support the cause. With the help and support of other employees, the LAS team managed to fundraise enough money to pay the bistro to prepare and box food for people in need. Employees then delivered the food to Desert Springs Hospital’s Emergency Room department as an act of appreciation.

Snack packs were also donated by Alaska to 150 nurses between the ER department and ICU at the Sunrise Children’s Hospital and Sunrise Hospital & Medical Center. The remainder of the snack pack donations, totaling 1,250 pounds, were gifted to the local Three Squares Foodbank in Las Vegas. 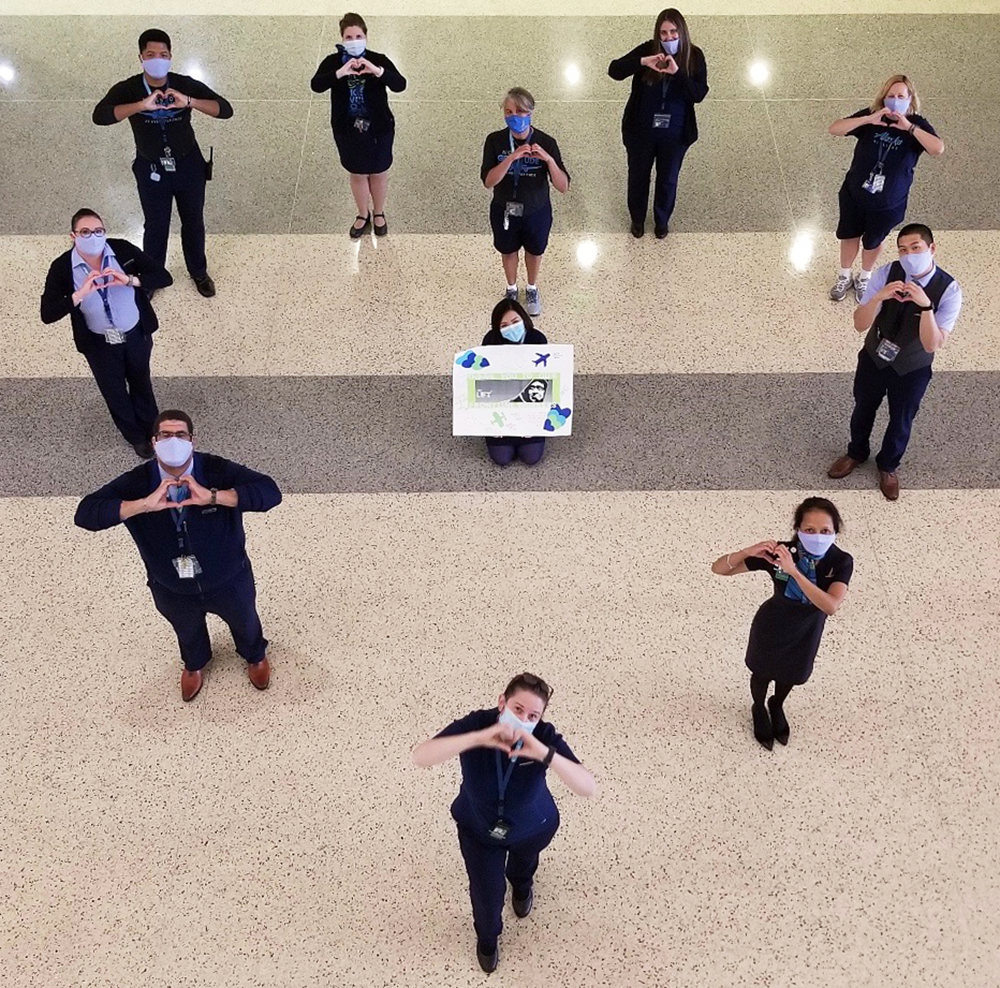 Every day, we hear more stories like these, all because people like you and our employees recognize that even in times of uncertainty, there’s a need to keep going for each other, for our guests and for our communities, and we can’t thank you enough.

Between now and the end of May, you can support your local food bank through our Million Meals Challenge Virtual Food Drive. If you’re in a position to help, please give what you can to the following food banks below: