It’s official! Kraken is the name of the National Hockey League (NHL) expansion team from Seattle.

In an announcement Thursday at the construction site for the new Climate Pledge Arena in downtown Seattle, the NHL’s 32nd team revealed its name, logo and colors. Flanked by construction workers charged with building the new site, team officials said the name was an ode to the region’s maritime history and was born of the fans.

The long-anticipated news follows last January’s big announcement that Alaska Airlines is the founding partner and official airline of the Seattle NHL team, and will have naming rights to the stadium’s atrium.

The Seattle Kraken will beginning playing in the 2021-22 season  and already has an enthusiastic following across the region and beyond.

“I love it!! It’s such a cool logo!” said Alex Wigoda, senior schedule planning analyst who, being from Pittsburgh is a die-hard Penguins fan. “I’m having an internal conflict though. Guess I can have an East Coast team and a West Coast team.”

RELEASE THE KRAKEN MERCH & SUPPORT A GOOD CAUSE

Seattle hockey fans can support the community by simply buying the franchise’s new branded gear at releasethekrakenstore.com, including blue (with a dash of red) t-shirts, hoodies, hats and more.

Through Aug. 21, the Seattle Kraken will give all net sale proceeds to local non-profits YouthCare, Community Passageways and the Urban League of Metropolitan Seattle to end youth homelessness an create positive pathways and opportunities for BIPOC youth in our region. We couldn’t be more on board with that kind-heartedness! 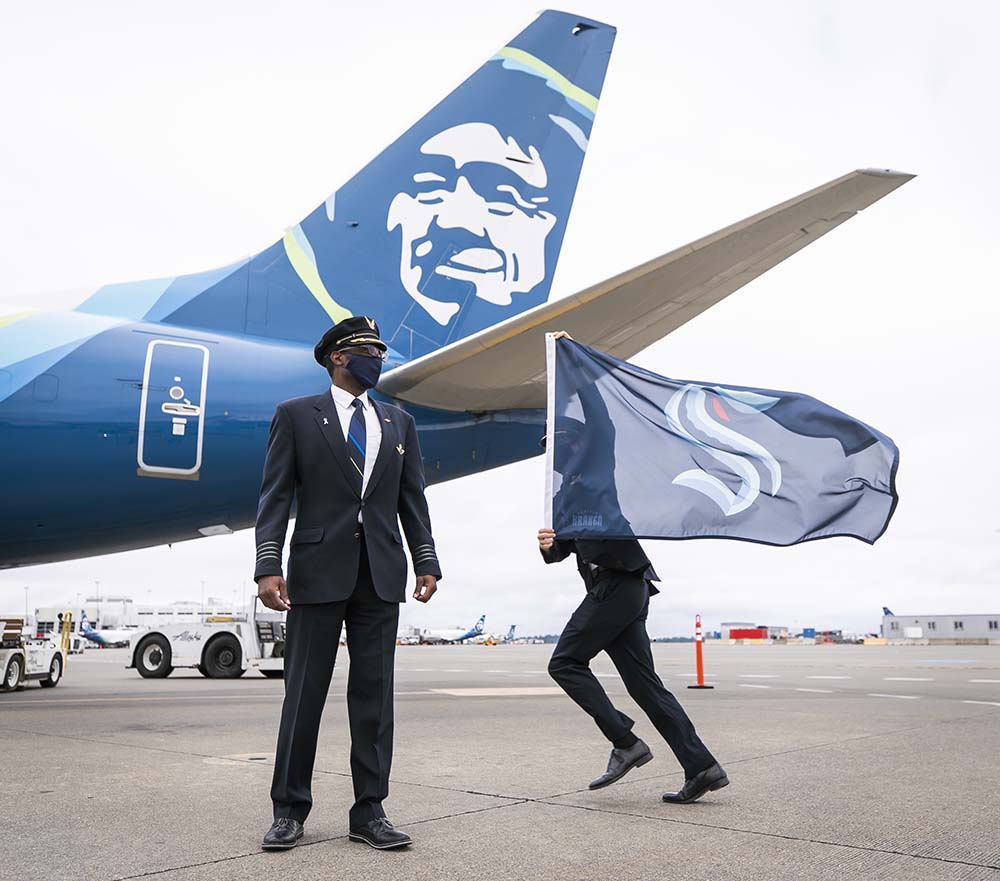