Condé Nast Traveler named Virgin America “Best U.S. Airline” in their 2017 Reader’s Choice Awards for the 10th year in a row this morning. Alaska Airlines took the third spot. Virgin America has taken the top spot in the poll every year since the airline began flying.

“This is a celebration of the Best in the World and you are part of it,” the Condé Nast Traveler Team said in the official announcement.

The award is especially significant because it’s based on ratings from more than 300,000 readers. Tens of thousands of readers also submit both positive and negative comments about their recent travel experiences of the world’s cities, islands, hotels, resorts, cruise lines, airlines and airports.

Together, Alaska Airlines and Virgin America this year have racked up over 20 awards this year including:

No. 1 in performance and quality 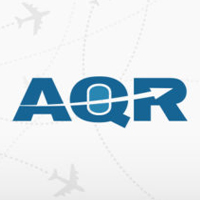 FlightStats Inc.
For the last seven years, Alaska Airlines has ranked as the most on-time North American carrier. To qualify as on-time, each flight must be completed within 15 minutes of its scheduled arrival. 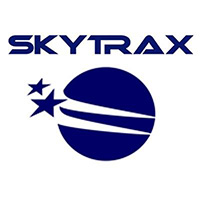 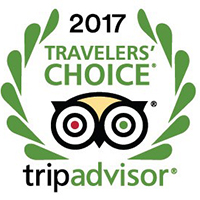 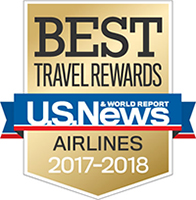 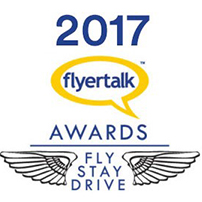 Best rewards program
FlyerTalk Awards
In 2017, Alaska Mileage Plan won the “Best Rewards Program” for carriers in the “Americas” region in the sixth annual FlyerTalk Awards. Awards are based on ballots submitted by members of the FlyerTalk online community.