That usually wouldn’t be noteworthy, except the pilots just happened to be Alaska Airlines CEO Brad Tilden and Hawaiian Airlines CEO Mark Dunkerley. 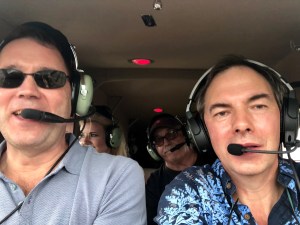 And this exact aircraft – a 1929 Bellanca CH-300 Pacemaker, tail number NC251M – has historical ties to both airlines.

Nearly 90 years ago, this was the first aircraft in Hawaiian’s fleet. A few years after that, the plane was brought to the state of Alaska and served in the fleet that would become Alaska Airlines.

It’s a special connection between two pioneering airlines named for states that are uniquely reliant on air travel. And it made for a fun flight for a couple of guys who are crazy about airplanes.

From the Islands to the Arctic

Tilden and Dunkerley are both general aviation pilots. Tilden was visiting Honolulu to celebrate Alaska Airlines’ 10 years of service to Hawaii, and Dunkerley invited him to take a spin. 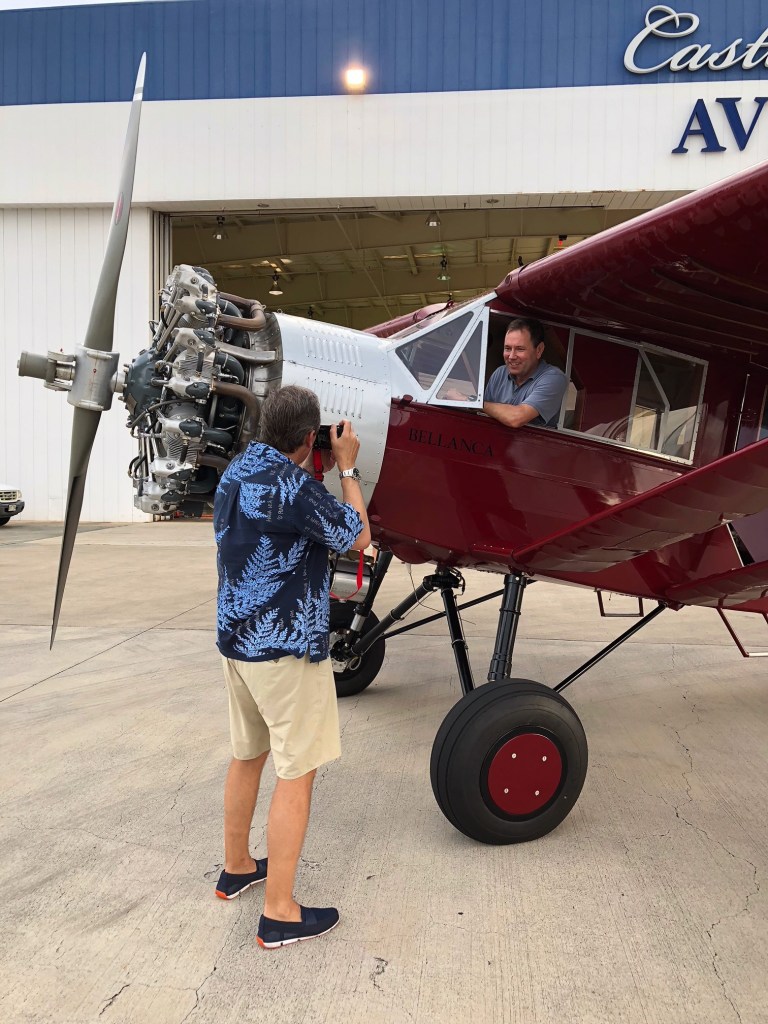 “It’s amazing that this machine is still airworthy 88 years later,” Tilden said. “It’s also surprising to me that there are pictures of it in both our livery and Hawaiian’s with the same FAA registration number that it has today – NC251M.”

Retired Captain Rick Rogers, an archivist at Hawaiian Airlines, knows the plane’s history better than anyone. He’s collected documents over the years that tell the plane’s story.

Back in 1929, the Bellanca was the first aircraft owned by Inter-Island Airways, the company that would become Hawaiian Airlines. The Bellanca was used for Honolulu sightseeing tours to help promote air travel, carrying more than 12,000 people at a cost of $3 per person.

The plane was never used for inter-island travel, and was eventually sold.

By 1935, the plane was shipped to the state of Alaska, where it began flying for McGee Airways and Star Air Lines, two of the airlines that eventually became Alaska Airlines.

At the time, Alaska Airlines was known for delivering people and supplies to remote villages and camps. The landing gear was interchangeable – wheels, skids or floats – depending on whether the “runway” was dirt, snow or water.

An Alaska Airlines log book from 1946 gives this description: “Typical bush airplane. Carries very large payload and is well adapted to freighting. Can operate out almost any field which has more than 1,200 feet or more runway clear of obstacles and with no more than 50-foot obstruction at either end. Passenger accommodations are out of date but adequate for bush operation. An excellent charter plane for hunting, fishing, and mining parties.”

A restoration, and a return

Fast forward to 2009, and Hawaiian Airlines re-acquired the Bellanca (which had been grounded since 2000) from an aviation enthusiast in Oregon. Hawaiian initiated an ambitious restoration project at Port Townsend Aero Museum in Washington state to return the plane to flying condition for the company’s 80th anniversary. Support for the restoration was provided by many volunteers both from within and outside the company.

Then just this year, the Bellanca was completely overhauled in an extensive 11-month restoration by RARE Aircraft in Faribault, Minnesota.

The airplane now holds the distinction of being one of only two remaining Bellanca Pacemakers in the world that still fly.

As Dunkerley often says, “We don’t just celebrate history – we fly it.”

Information from Hawaiian Airlines archives included in this story.

13 comments on "CEOs of Alaska Airlines, Hawaiian Airlines fly 1929 plane that has historical ties to both companies"