Like many events this year, film festivals have been canceled due to COVID-19. But that’s not stopping us from sharing award-winning film makers’ bold, fresh stories onboard Alaska Airlines flights.

Here’s a look at some of the titles joining Alaska Beyond Entertainment on Sept. 1:

Were You Gay In High School? (Frameline Film Festival) 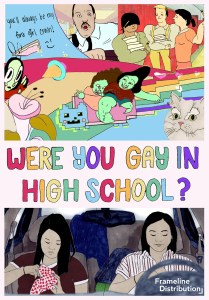 Synopsis: “Were You Gay In High School?” is the story of two queer, Asian American women who share their awkward, closeted stories from high school. Hannah and Kelly open up about their uncomfortable, coming-of-age moments as closeted teens and find commonalities in their stories while learning about the people they used to be. They reminisce about the boyfriends they didn’t like kissing and the straight-girls who were definitely flirting with them. Told through live action and animation, the stories shared are both cringeworthy and silly; painful and hilarious.

“As a Seattle native, I couldn’t be more excited to have our film WERE YOU GAY IN HIGH SCHOOL? shared on Alaska Airlines with passengers from all over the world. As a queer, Asian American filmmaker, I am so grateful for this opportunity to share our stories on this platform. I hope viewers will enjoy and maybe even reminisce about their own high school experiences while enjoying Alaska Airlines’ Signature Fruit and Cheese Platter–my personal favorite.” – Niki Ang, co-writer and director 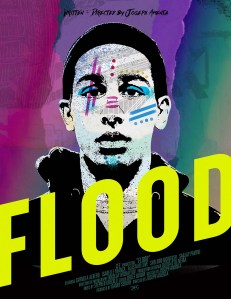 Synopsis: A queer teenage boy takes his younger sister on an adventure wearing face paint and glitter on her tenth birthday. These colorful bandits move through their environments experiencing small joys while turning a blind eye to reality. It isn’t until their celebration is interrupted that the cost of their freedom is exposed.

“As a filmmaker displaying the beauty and tribulation of queerness colliding with culture, I aim to unapologetically display the human condition. I am proud to have Flood be available on Alaska Airlines to exhibit the intricacies of how queer characters and stories are more than what we have seen in the past. I hope Flood will help create sociopolitical change by presenting audiences with the similarity that constitutes each of us as humans, regardless of race or orientation. At its core, Flood shows the lengths we will go to protect the ones we love most.” – Joseph Amenta, director/writer 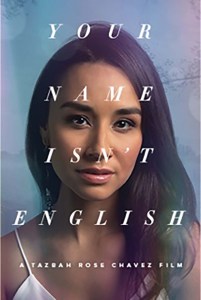 Synopsis: As ride-share drivers struggle to pronounce her name, a Native American woman gives history lessons from the backseat.

“As an Alaska Airlines frequent flyer, it is a great honor to be a part of the American Indian Film Festival’s Alaska Beyond Inflight entertainment programming which is bringing Indigenous films to flights across the country.” – Tazbah Rose Chavez, director 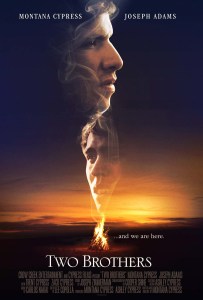 Synopsis: As the Seminole Wars comes to an end, a pair of brothers contemplate their next journey as they look over their homeland for the very last time. 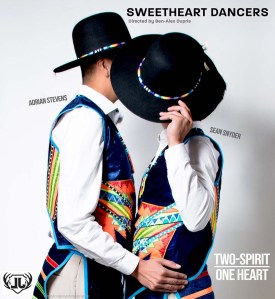 Synopsis: “Sweetheart Dancers” is about a Two-Spirit couple determined to rewrite the rules, through their participation in a Native American pow wow competition.

“I am forever a strong advocate for the social justice of documentary films. Through the lens of our Indigenous filmmakers our love, culture, and modern-day struggles become a true reflection of American society. My passion for filmmaking is rooted in my early years, growing up with the American Indian Film Festival each fall. It has shaped my perception of the world we live in and inspired me to dream of creating films that I could share with curious audiences from all over the world,” said Ben-Alex Durpis, director. “Films told from the Native perspective can help outsiders unfamiliar with our culture to find parallels in their own lives, and bring us all closer to the circle of humanity. It is an honor to share this groundbreaking story through AIFF’s Alaska Beyond InFlight Entertainment programming. May the tenacious love and resilience of The ‘Sweetheart Dancers’ be an inspiration to you, always.” 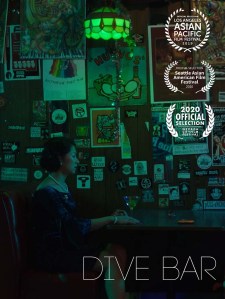 Synopsis: Leena, a washed out nightclub singer grieving the death of her husband, visits a dive bar almost daily to relive the memory of how they first met. Meanwhile, Leena’s teenage daughter Simone struggles with the responsibility of having to take care of her neglectful mother, but finds solace in the close relationship she develops with Tasha, the bar owner who acts as her surrogate mother. Trapped in a world of grief over her husband and envy over the relationship between Simone and Tasha, Leena finally receives a special visit by someone she has been longing to see.

“It’s such an honor to have DIVE BAR as part of Alaska’s Inflight Entertainment! As a kid, I always thought it was so cool to be able to watch films on the plane, and to have my own film be accessible for people to enjoy in the air is something I couldn’t have imagined. Thanks for the opportunity to allow independent filmmakers like me to share our stories!” – Dorothy Xiao, writer/director/producer 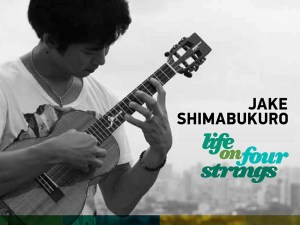 Synopsis: Jake Shimabukuro: Life on Four Strings is a compelling portrait of an inspiring and inventive musician whose virtuoso skills on the ukulele have transformed all previous notions of the instrument’s potential.

“We are thrilled to partner with Alaska Airlines and have this new, exciting platform for new Asian American cinema. All of these films were hits at our annual festival and so excited for you to watch them.” – Masashi Niwano, Festival Director 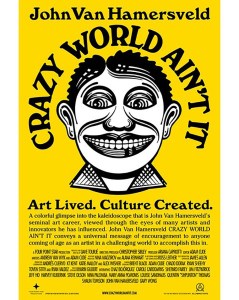 Synopsis: A colorful glimpse into John Van Hamersveld’s seminal art career, viewed through the eyes of many artists and innovators he has influenced. 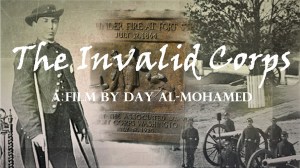 Synopsis: Everyone thinks they know the story of the Civil War – Four years of America’s bloodiest history. Over 600,000 men killed and more than 40,000 men with amputated limbs and even more with other injuries and illnesses. What no one ever asked is “What happened to those disabled men afterwards?” 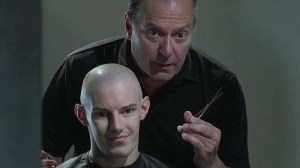 Synopsis: Just before closing time, a completely bald man walks into a barber shop. Reflections in the window and an irritating fringe have told him that it’s time for a haircut.